There is a lot of discussion about a video – released in recent months on Facebook but still shared today – which shows a real herd of wild boars crossing one of the country roads in the Castel del Monte area : 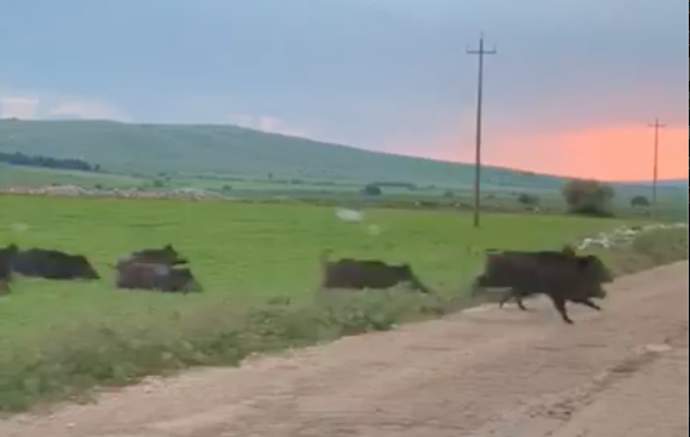 In the video – whose link we report at the end of this post – it is possible to see dozens of adult and obviously younger specimens. Initially extinct centuries ago in our territory, northern European subspecies of these wild pigs were reintroduced a few years ago, perhaps by some hunters evidently for hunting purposes. The result is a clear overpopulation that causes many problems for local farmers. The wild boar is now an animal officially recognized by the Alta Murgia National Park . Today the Alta Murgia has yet to deal with the phenomenon of the overpopulation of wild boars whose presence could be naturally controlled by hunting by the wolf. According to what was reported by telematic journalistic sources, in fact, according to an analysis of the wild boar population, only in a period between 2011 and 2016 did we go from an estimated population density of 8.6 specimens per 100 hectares to one of 34. specimens for every 100 hectares. The link to the video spread on the web: