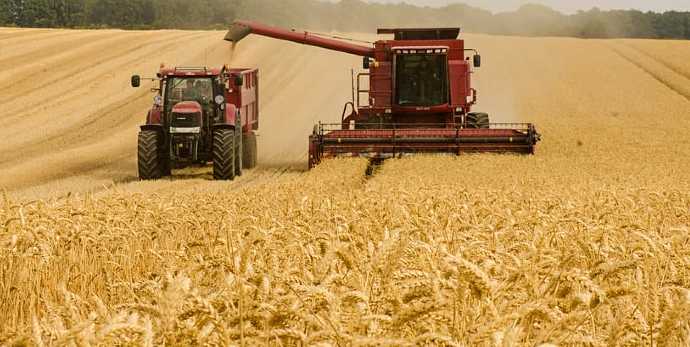 With the extraordinary interventions decided by the EU Commission to cultivate more in 2022 , the cultivation of over 100 thousand hectares of fallow land can also be guaranteed in Puglia , left fallow due to insufficient profitability, for attacks by wildlife and due to the drought to increase the additional production of durum wheat for pasta, soft wheat to make bread and corn for farms. This is what Coldiretti Puglia affirms, in reference to the publication in the Official Gazette of the decree of the Ministry of Agriculture which implements the European Commission’s implementing decision on the derogation for fallow land in 2022:

It will be possible to increase the cultivation of durum wheat – says Coldiretti Puglia – with the sowings of October and November, but in the meantime, in the current campaign, producing wheat has cost Apulian farmers up to 600 euros more per hectare due to the surge in energy costs. caused by the avalanche effect of the war in Ukraine after the crisis generated by the Covid pandemic, which is reflected in cascade from seeds to diesel up to fertilizers, according to the analysis of Coldiretti Puglia, which highlights the bloodletting against the Granary of Italy with the need for interventions to help businesses with regard to now unsustainable increases, starting with the cereal sector which represents one of the symbols of the difficult situation in which regional agriculture finds itself.

The sown areas – adds Coldiretti Puglia – could further double as early as next season, with the production of wheat that must focus on aggregation, be supported by adequate services and strive for ever higher quality, betting exclusively on fine varieties,now recognized worldwide The transfer of wheat to Russia is a severe blow to the economy which also directly affects the European Union as a whole where – specifies the regional Coldiretti – the level of self-sufficiency of Community production varies from 82% to durum wheat destined for pasta at 93% for corn destined for animal feed up to 142% for soft wheat destined for bread making according to the analysis of Coldiretti on the latest outlook of the European Commission which highlights the importance of investing in agriculture to reduce dependence from abroad and not submit to food blackmail.

Italy is forced to import agricultural raw materials due to the low wages paid to farmers who have been forced to reduce national corn production by almost 1/3 in the last 10 years during which even one in five wheat fields have disappeared with the loss of almost half a million hectares cultivated because many industries for myopia have preferred to continue to buy speculatively on the world market for years, taking advantage of the low prices of recent decades. For every euro spent by consumers on fresh and processed food products, just 15 cents go on average to farmers but if we consider only processed products, the remuneration in the countryside falls on average to just 6 cents, according to a Coldiretti analysis based on Ismea data.

To be penalized more with the greater percentage increases in current costs – continues Coldiretti Puglia – are precisely the cultivation of cereals, from wheat to corn, which are used by the country due to the explosion in the cost of diesel, fertilizers and seeds and uncertainty about selling prices with prices at the mercy of market speculation. The cut in crops caused by the increase in costs – underlines Coldiretti Puglia – risks increasing dependence from abroad for agri-food supplies with Italy which is already obliged to import 64% of wheat for bread, 44% of that necessary for pasta, but also 16% of the milk consumed, 49% of beef and 38% of pork, without forgetting that with the national corn and soy crops, essential for animal nutrition, only 53% and 27% of the Italian requirement are covered respectively, according to the analysis of the Centro Studi Divulga. The best selected durum wheat varieties – concludes Coldiretti Puglia – from Emilio Lepido to Furio Camillo, from Marco Aurelio to Massimo Meridio up to Panoramix and Maiorca wheat, are grown by farmers in the Apulian territory which produces more than 1/4 of the whole Italian durum wheat. The chart: